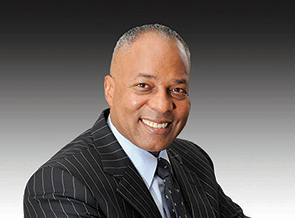 John W. Hill currently serves as Chief Financial Officer of the City of Detroit Michigan since November 2013. The emergency Financial Manager, Kevyn Orr, and the Mayor, Mike Duggan jointly appointed him for a term to expire at the end of Emergency Manager’s tenure. Mayor Mike Duggan has reappointed Mr. Hill to serve as Detroit’s CFO in the post bankruptcy period. Mr. Hill is also the Founder and Chief Executive Officer of JHill Group LLC, a consulting company formed in late 2012. He has almost four decades of experience in financial management, organizational design and development, and strategic business planning. Mr. Hill has a proven track record leading high-performing organizations across diverse industries, comprising government, non-profit and for-profit entities. Mr. Hill served for eight years as Chief Executive Officer of the Federal City Council, a not-for-profit, non-partisan organization dedicated to the improvement of Washington DC. He also previously served as the Chief Executive Officer of In2Books, Inc., a partner with Andersen, LLP, Executive director of the DC Financial Responsibility and Management Assistance Authority (Control Board) and as Director of Audits in Marriott Corporation’s Internal Audit Division, among other financial leadership positions. InSeptember2012,Mr.Hill waselectedtotheBoardofCostarGroup,Inc.wherehecurrentlyservesaschairman of the audit committee. Mr. Hill also serves as a Trustee of Chesapeake Lodging Trust Corporation where he chairs the compensation committee, is a member of the audit committee and a member of the trustees committee. Previously, Mr. Hill served on the Board of Directors and was a member of the audit and compensation committees for Highland Hospitality, Inc. He has served in board leadership positions with a number of public government-related and non-profit organizations in the Washington, DC region. He is a graduate of the University of Maryland with a degree in accounting and passed the CPA exam in 1977. He has received many awards and recognition over the years for his work.