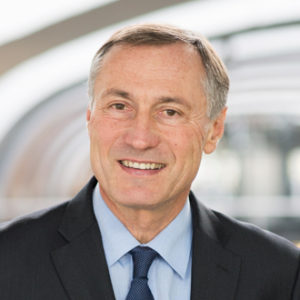 Jean-Marie Bockel was Secretary of State for Defence and Veterans in the government of Prime Minister François Fillon appointed on 18 March 2008, having previously been Secretary of State for Cooperation and La Francophonie since June 2007. He has been a member of the French National Assembly since 1981, when he stood as a Socialist Party candidate, and was Minister for Commerce in the Socialist Party government of Laurent Fabius between 1984 and 1986. Bockel is a lawyer and has been mayor of Mulhouse since 1989.