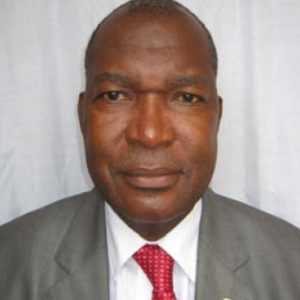 Born on March 9, 1956 in Douala, Cameroon, Jean Claude Mbwentchou is a polytechnicien Civil Engineer, from the Polytechnic National School of Yaoundé, grduated in 1981. He holds a Masters in urban planning. He rose through the ranks of the Cameroonian government to find himself at the head of this Ministry, responsible for issues of housing and urban development. From 2005 to 2011 he was the National Coordinator of Urban Governance Programme (PGU), structure in charge of slum upgrading and promoting inclusive and sustainable cities. He turned into one of the kingpins of the workshops for revision of the National Governance Programme as well as the validation of the interim strategy of the urban sub-sector of Cameroon on the one hand, and secondly, he was the focal point for UN-Habitat (HPM) and Head Country Team of the Participatory Slum Upgrading Programme (PPAB). He will therefore contribute by his work and his sense of lobbying for the implementation of slum upgrading projects in half a dozen cities in Cameroon. During this period he will take part in all international meetings on issues of human settlements: the UN-Habitat Governing Councils in Nairobi, Kenya from 1995 to 2015; World Urban Forums from Vancouver in Canada in July 2006 through the Habitat II Summit in June 1996 in Istanbul, Turkey. Since appointed as Minister of Housing and Urban Development on 9th December 2011, Jean Claude Mbwentchou, continues in the same path. He has also participated at the 6th World Urban Forum (WUF VI) in Naples, Italy, in 2012 and the WUF VII in Medellin in Colombia in April 2014. Vice-Chairman of the Conference of African Ministers of Housing and Urban Development (AMCHUD) from 2012 to 2014, he is a signatory of the Joint Declaration of the World Alliance for Buildings and Construction at the COP21 in Paris-Le Bourget in 2015. He has also actively participated in the session of the UN General Assembly which adopted the Sustainable Development Goals (SDGs) in September 2015 in New York.