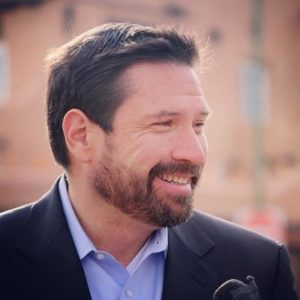 Javier Gonzales held the office of Santa Fe County Commissioner, serving two terms. He was soon after was elected as the first Hispanic President to the National Association of Counties. Upon assuming the Mayorship of Santa Fe, he was Chair of the Democratic Party of New Mexico. He ran for mayor promising to progress equal rights, improve the educational system, diversifying the economy, promote the youth, and increase environmentalism. He voted to build the largest assisted living facility in the city on Old Pecos Trail, created a climate task force, proposed affordable housing measures, instated a cultural district to combat counterfeit art sales, and has increased internet and technological advancements for the city. He has been an vocal supporter of gun control and regulation. In 2015, he started the Santa Fe Gun Violence Table as a forum and action committee to address mass-killing prevention and to ensure the safety of citizens.