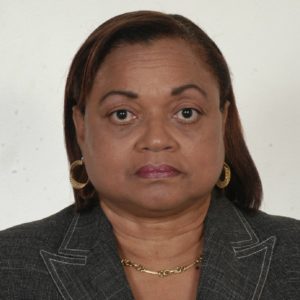 Helene Davis Whyte is President of the Jamaica Confederation of Trade Unions and General Secretary of the Jamaica Association of Local Government Officers (JALGO), as well as the representative of the Caribbean Sub region to the Municipal Sector Network of Public Services International.

Mrs Davis Whyte has over 30 years expereience representing workers in the Public Sector in Jamaica and has served on several government Boards, including the National HousingTrust, an organisation that is charged with the responsibility of building communities. She has also been the Caribbean representative on the Health Services Task Force of PSI, and was instrumental in the focus being placed on the peculiar challenges that small island developing states face as a result of climate change.

She is a proponent of social dialogue as the best approach to solve the problems that countries face in the world today, be they econommic or social. Mrs. Davis Whyte was therefore a central figure in the approach adopted by the Government and public sector trade unions, as well as private sector leaders to begin the process of transforming the Jamaican economy.