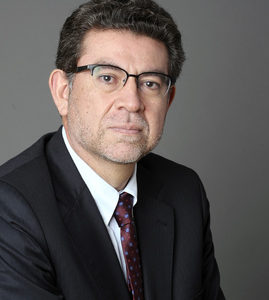 A career diplomat with 32 years in Peru’s foreign service, Ambassador Gustavo Meza-Cuadra is currently the Permanent Representative of Peru to the United Nations and chairs the Group of Friends of Culture and Development of the United Nations.  He has held various positions in the Foreign Ministry, including the post of Adviser to the Minister of Foreign Affairs for Law of the Sea Affairs ad National Director of Sovereignty and Boundaries; Director for Political Cooperation and Integration; and Head of the United Nations Department; among others. Ambassador Meza-Cuadra’s service overseas included postings at the United Kingdom, France and the United States. He holds a Master’s degree in International Public Policy from Johns Hopkins University in Washington, D.C.; a Master of Arts in diplomacy and international organization management from the University of Paris; and Bachelor of Arts in international relations from the Diplomatic Academy of Peru.