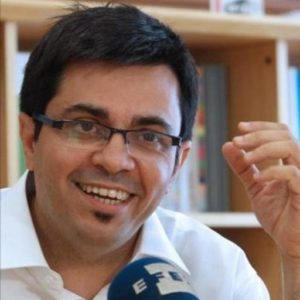 Gerardo Pisarello Prados is First Deputy Mayor of Barcelona, with responsibility for Work, Economy and Strategic Planning. Formerly professor in constitutional law at the University of Barcelona, he was elected to the Barcelona City hall as part of the Barcelona en Comú municipal platform. He is the author of numerous books on constitutionalism, human rights and the right to the city and writes for Público.es, ElDiario.es and Sin Permiso. Gerardo Pisarello was vice president of the DESC Observatory for over ten years and was one of the founding members of Procés Constituent.