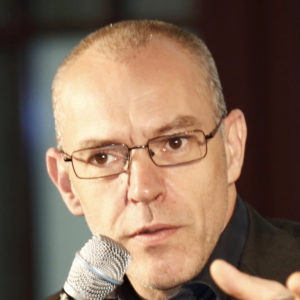 Frédéric Vallier has been Secretary General of the Council of European Municipalities and Regions (CEMR) since 1 February 2010. Expert in European affairs at the local and regional levels and city diplomacy, he has over twenty five years of experience working with local and regional authorities, including within the city and Metropolitan Authority of Nantes (France) where, from 2004 to 2010, he held the position of Deputy-head of the Mayor’s office (Jean-Marc Ayrault), advisor for international and European affairs, and Head of the European Service. He notably campaigned for the recognition of the role of local and regional government in the global agreement on climate change. As Secretary General of CEMR, he represents European Local Governments in the Global Task Force of Local and Regional Governments and United Cities and Local Governments and to the United Nations. Frederic Vallier holds an Executive Master’s Degree in public management from Science Po Paris. Since 2014, he is Vice-President of the European Movement International (EMI). The Council of European Municipalities and Regions (CEMR), created in 1951, is the broadest association of local and regional authorities in Europe. Its members are the national associations of local and regional authorities of 41 European countries.