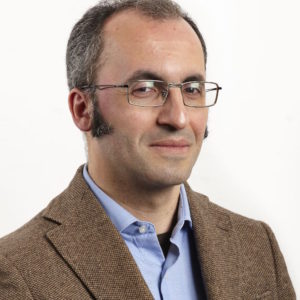 Dr Emanuele Lobina is Principal Lecturer, Public Services International Research Unit (PSIRU), Faculty of Business, University of Greenwich, UK, where he teaches Business Ethics and Governance and coordinates research activities in the Department of International Business and Economics. Emanuele joined PSIRU (www.psiru.org) in 1998 and has contributed significantly to PSIRU’s research on water service reform and governance in developed, transition and developing countries (https://scholar.google.co.uk/citations?hl=en&user=NAAfJo8AAAAJ). His work has been translated into Catalan, French, German, Italian, Portuguese, Spanish, and Russian.
Emanuele regularly provides policy advice to international organisations, central and local governments, professional associations, trade unions and social movements. He has participated in the Cross-cutting Expert Group Meeting on Waters that produced the Strategic Recommendations on the New Urban Agenda submitted as an input to the Zero Draft of the New Urban Agenda in preparation for the HABITAT III conference. He has held an audition at the Italian Parliament on a proposed law on water service reform and governance. He has been a member of the Technical Advisory Group on Water and Sanitation coordinated by the Pan-American Health Organization and mandated to analyze the National Plan to Eliminate Cholera from Haiti 2012 – 2022. He has also been Lead Consultant, European Commission contract on assisting Partnerships for Capacity Development in the ACP (African, Caribbean and Pacific) Water and Sanitation Sector, 2010-2012. Emanuele has provided policy advice to Public Services International, Reclaiming Public Water, the European Water Movement, and Corporate Accountability International among others. In February 2016, Emanuele joined Jubilee Debt Campaign’s new Academic Advisory Network.
Emanuele has been invited to speak at academic events in more than 20 universities worldwide, at meetings of UNDESA, UNCTAD, UNRISD, the World Water Forum, the EUROsociAL Conference, the Stockholm Water Symposium, the International Water Week in the Netherlands, and at civil society meetings in over 30 countries.