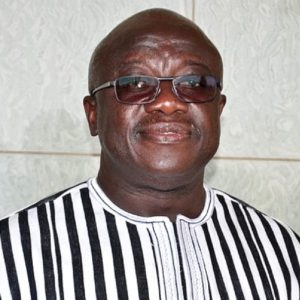 Minister of Town planning and Habitat December 2015: assigned to the Directorate-General of taxes January 2013: assigned to the General Secretariat of the Ministry economy and finance June 2007 to December 2012: Member of Parliament in the National Assembly Member of the Pan-African Parliament October 1997 to June 2002: Charge of Missions for Presidence of Burkina Faso April 1989 to July 1991 : Minister of environment and tourism May 1988 to April 1989: Director of Cadastre (ministries of Finance) 1985 to 1986: project manager of the subdivisions of the popular program of development (PPD) to the Ministry of equipment January 1981: committed to public service and assigns to the Ministry of public works as a surveyor in the road maintenance Service (SERS) CURRICULUM SCHOOL AND UNIVERSITY October 1981 to June 1983: studies of engineer in Civil Engineering, Option surveyor, to the national school Superior University of technology (ENSUT) of Dakar in Senegal diploma obtained: Diploma of engineer engineering Option surveyor