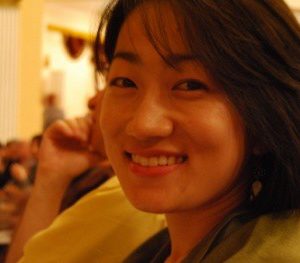 I have joined a civil movement for local sustainable development, that is, Local Agenda 21(LA21) in Korea since 2002. To establish a participatory governance system for sustainable development with local governments was a key initiative for the movement. For 6 years, I had contributed to spread out global climate change issues and initiatives such as carbon footprint and renewable energy community across the country through networking partnership organisations for LA21 in Korea. It has been a great experience to work with many local NGOs and local governments for a new initiative, participatory governance for climate change. To experience and understand other countries, I joined a Korean environmental NGO, Green Asia Network, in 2008 as a director of Mongolia Office, which has promoted anti-desertification projects in Mongolia. With the concept of climate justice, we promoted our project, planting trees and poverty reduction, with local community people in rural areas. After working in Mongolia, I had traveled around South-East Asian countries for 1 year in order to understand more about poverty and social issues in Asia. Meeting local NGOs and grass root people in each country gave me a question of international political economy system and grounded ideologies in sustainable development. Back to join again local sustainable development movement in Korea in 2013 after studying international political economy in UK, I’m now making an effort to establish a civil engagement system in urban planning and design because I believe that it can be a trigger to change our unsustainable and unequal society. And I also join Korean civil society network on the SDGs and the Habitat III as one of leaders to establish a multi-stakeholder engagement system in national and local government for the SDGs. It is honor for me to share Korean civil society’s position on the Habitat III here on behalf of Korean civil society network.