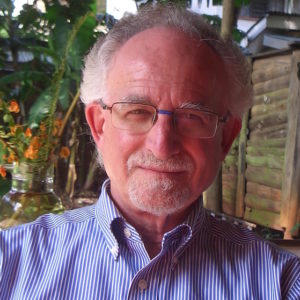 Barry Pinsky has worked for over 30 years in all aspects of low-income housing development from housing projects in Canada and Africa, to municipal and national housing policy in numerous countries. An architect and urban planner, he is the Executive Director of Rooftops Canada - Abri International. During his tenure, Rooftops Canada has mobilized over $35 million to support overseas housing groups and it has leveraged over $500 million in housing activity, primarily in sub-Saharan Africa. Current programming includes a four-year bilateral project to strengthen the social housing sector in South Africa and African regional programs on housing development and microfinance; HIV, AIDS and human settlements; and, urban food security. Barry has received several awards in recognition of his active international role. These include the CHRA International Award, the CMHC Award for Outstanding Contribution to Cooperative Housing, and he was named a “Wisdom Keeper” by the Habitat International Coalition. He attended Habitat ’76 and he helped organize civil society participation in Habitat II. He has participated in several official Canadian delegations to UN Habitat Governing Councils, UNGASS and World Urban Forums. He has organized and made presentations at numerous workshops and conferences, and published widely on human settlements issues.