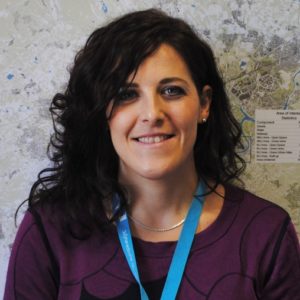 Alice Siragusa is a consultant for Piksel Inc. at the Joint Research Centre of the European Commission. She collaborated in European Settlement Map project and she recently joined the GHSL Team working on the Atlas of the Human Planet 2016. During the last years, she has been collaborating with the Italian National Planning Institute (INU) on several activities related to the Sustainable Development Goals and the partnership with UN-Habitat in preparation of the Habitat III Conference. She co-lead the Habitat III Policy Unit 6 on Urban Spatial Strategies: Land Market and Segregation. During the three years (2010-2012) collaborating with the Italian Ministry of Infrastructures and Transport, she developed skills related to the management of complex projects between private and public stakeholders on infrastructure and regional and urban development. In 2013 she had been visitor scholar at the Columbia University in New York City and from 2009 to 2014 she had been a TA in Planning and Urban Design at University of Roma Tre. She holds a PhD in Regional and Urban Planning from Sapienza University of Rome, and a Master in Architecture and Urban Design (cum lauda) from the University of Roma Tre.