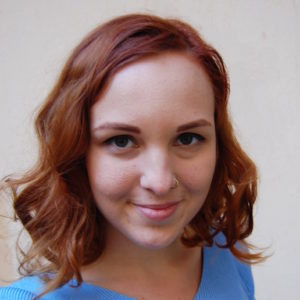 Alice Claeson is a member of the International Federation of Medical Students Association (IFMSA). The IFMSA brings together medical students and empowers them to take action to improve public health. Within the federation, she is one of the coordinators for the Task Force to the United Nations.

Working with both youth-led IFMSA and the Major Group for Children and Youth, she has worked for the inclusion of youth perspectives in a range of policies and for meaningful youth engagement in decision making. She has in a wide variety of settings conducted workshops aimed at giving youth an opportunity to provide their input on health and other subjects to several political processes, including the Habitat III-process.

Alice Claeson is also a medical student at the Karolinska Institute, Sweden and have written her master thesis on urban trauma care systems as a collaboration between the Karolinska Institute and the Tata Institute of Social Sciences. She has a strong interest in the role of urban policies in shaping health, and has worked to raise awareness around urban health among both future health care providers and policy makers.