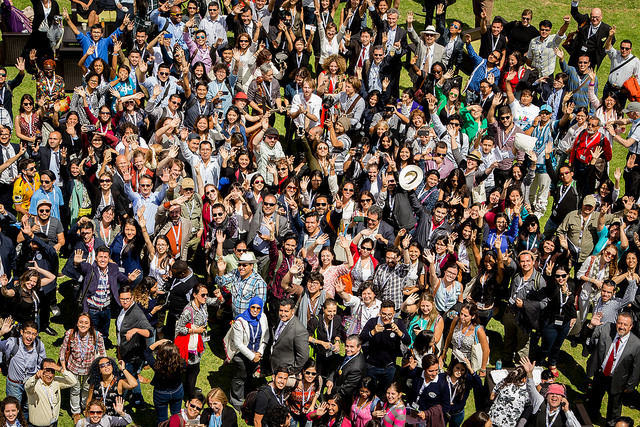 With a strong call for sustainable urban development, the United Nations adopted today the New Urban Agenda (NUA) at the closing plenary of the Habitat III Conference. The NUA is an inclusive, action-oriented, and concise document intended to guide the next twenty years of sustainable and transformative urban development worldwide. It has a strong focus on the inclusion and participation of stakeholder groups, civil society, and grassroots organizations. Sub-national and local governments are supported as strategic and operational partners for implementation, along with national governments.

At the Closing Press Conference, Dr. Joan Clos, Habitat III Secretary General, said: “The New Urban Agenda is an ambitious agenda which aims to pave the way towards making cities and human settlements more inclusive, ensuring that everyone can benefit from urbanization, and paying particular attention to those in those in vulnerable situations. It is a vision of pluralistic, sustainable, and disaster resilient societies that foster green economic growth. Above all it is a commitment – a commitment that we will all together take the responsibility of one another and the direction of the development of our common urbanizing world.”

30,000 people, among them 10,000 international participants from 167 countries, 16,500 national participants, and 3,500 working staff were accredited at the Conference.  Habitat III has had the strongest participation of civil society, stakeholders, and local authorities in the history of United Nations conferences. More than 2,000 representatives of local and regional governments received accreditation. Delegates participated in 8 plenary meetings, 4 assemblies, 6 high level roundtables, 16 stakeholders roundtables, along with a wide variety of talks, presentations, press conferences, and networking events. The Habitat Village, spread throughout Quito, and an accompanying exhibition, drew the participation of the general public along with registered participants.

The Habitat III Conference was a successful convening of and exchange among world leaders, stakeholder groups, and citizens from around the globe. The task now will be to implement the forward-looking New Urban Agenda, assisted by the Quito Implementation Plan (QIP). The QIP is made up of specific voluntary commitments by various partners intended to contribute to and reinforce the outcomes of the Habitat III Conference and the New Urban Agenda.

The New Urban Agenda has been adopted by member states during this Conference in Quito, and the journey to the sustainable urban future has just begun.